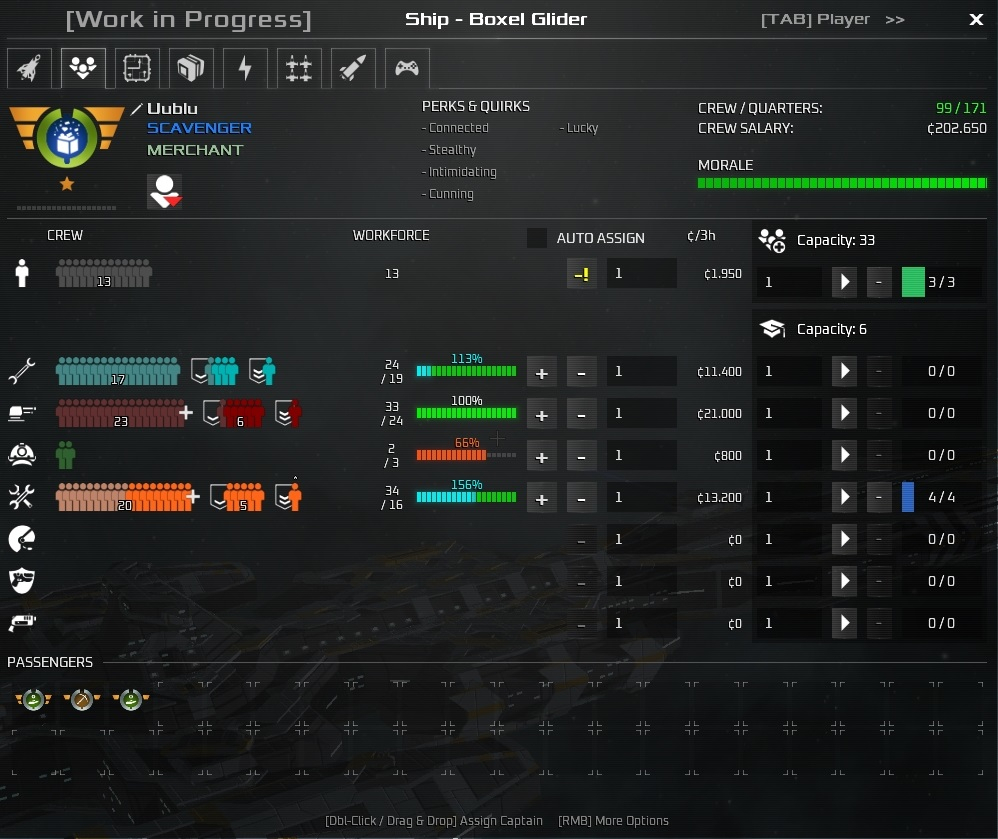 Searching for specific crew members can be annoying and time-consuming at times. Especially when you have already flown across several sectors to hire the correct crew members, only to realize that you’re now suddenly missing a general. That’s why we have improved the way that higher-ranking officers are handled, so that in the future you will no longer have to fly to countless stations to man your ship effectively.
First off, we removed the separate professions for higher ranking officers. As soon as the number of crew members of a certain profession increases so much that they now require a superior officer, your crew will automatically promote one of their colleagues from within this profession to a higher rank.
We have also made the crew more effective. Compared to before, you will only need half as many crew members to get your ship ready for action because each of them now has double the workforce. But good employees come at a price and the new crew knows what they are worth and demand a salary twice as high as before.
In turn, they are also willing to work under harsher conditions. Lower morale will no longer have an immediate effect on the workforce, even though morale will decrease somewhat faster than before if you don’t have enough crew quarters or if you don’t pay your crew. But if you do let morale go down all the way to 0% (you should feel ashamed for treating them so poorly!), all crew members on your ship will go on strike immediately. However, they will not leave the ship any more but simply refuse to work until the problem has been resolved. 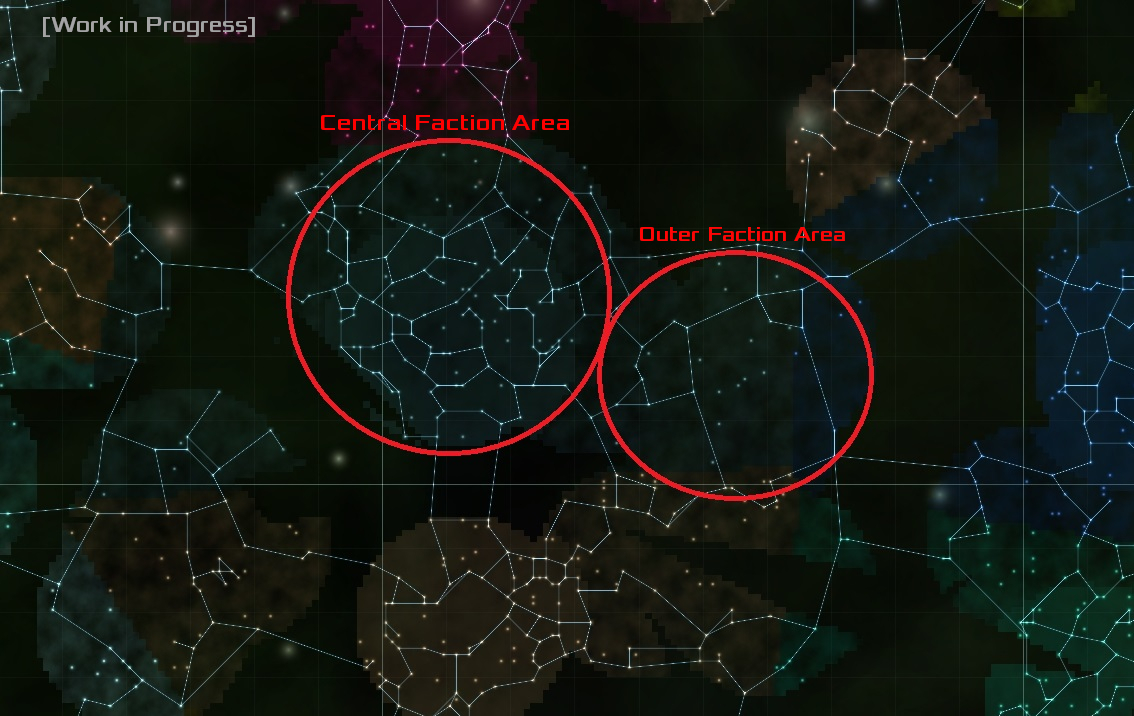 We want to make the factions more interesting and give them more depth. Currently, the factions consist of a simple territory and that does not match our idea of growing and living civilizations. In the future, each faction will therefore have a central area and an outer area which will look and feel distinctly different from each other.
Each faction has a central area around the home sector that is very densely populated and has certain advantages for you. There are better trading options due to the many factories and other stations that are well connected by a close-meshed gate network. In addition, the central areas of the factions are very well protected, making pirate attacks in these areas less likely.
The outer faction area is rather sparsely populated, however sectors like asteroid fields or other (more or less welcome) surprises are much more likely in there.
In most cases, when moving into the territory of an unknown faction, you will first enter their outer area where you will encounter only a few of their ships and stations. There, you can assess them to decide whether you want to venture deeper into their territory to possibly find new allies, or if you’d rather stay away from them.
PS: The improved faction areas are compatible with existing saves!